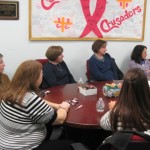 (Published by: Hudson Valley Reporter) Support Connection, Inc., a not-for-profit organization specializing in free support services for people affected by breast and ovarian cancer, will launch a new monthly support group at Vassar Brothers Medical Center in Poughkeepsie next month. Beginning Jan. 7, the meeting will be held the first Tuesday of the month at […] 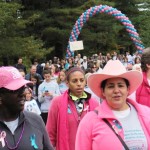 Published by: Yorktown Yorktown Heights Magazine Written by: Barbara Cervoni In 2011, Lauren Novotny gathered a group of friends and family to join her at the annual Support-A-Walk, which is held each year by Support Connection, a Yorktown-based organization that provides free support services to people affected by breast and ovarian cancer. Lauren wanted to […] 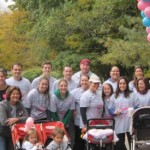 (Published by: Hudson Valley Reporter) Sarah Chaparro will walk in the 19th annual Support-A-Walk Sunday at FDR State Park in Yorktown to pay tribute to her mother, Elizabeth, who lost her battle with breast cancer. The Croton-on-Hudson resident was 17 when her mother died in 2002. Elizabeth was 44. In the early walks, Sarah had […]

(Published by: Nanuet Patch) Nanuet resident Kathleen Michel struggled with the fact she had breast cancer earlier this year. Up until the day before her double mastectomy, she was unwilling to say the words “I have cancer.” Now, after having completed all her treatments, the 68-year-old is speaking out to let other women to know […]