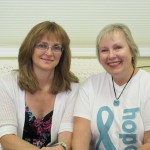 (Published by: Yorktown Somers Patch) Two women who have gone through the struggles of being diagnosed with cancer and beating it are sharing their experiences and support with other women. Dana Boulanger, of Somers, and Brenda Maxwell, of Fishkill, were named Walk Ambassadors for Support Connection’s 18th Annual Support-A-Walk, which will take place on Sunday, Oct. 7 […]

(Published by: Examiner Media) Celebrating it 15 year anniversary of helping women and their families deal with breast and ovarian cancer, Support Connection honored those who have given of themselves at its annual gala held at The Mansion at Colonial Terrace on Saturday, April 14. “Our honorees come from many walks of life but share […] 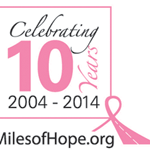 (Published by: Lohud.com. Written by: Brian Howard) Support Connection Inc. of Yorktown Heights, NY, which offers free, confidential support services to people affected by breast and ovarian cancer, recently received several grants to help fund their programs. As an independent not-for-profit organization that is not affiliated with any national groups, all of Support Connection’s services […] 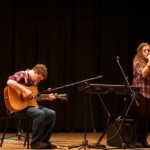 (Published by: Yorktown Somers Patch) Kristen Burke was four years old when her grandmother died of breast cancer. Now as a senior at Yorktown High School, Kristen has been involved with the Yorktown Leo Club benefit concert for Support Connection for the last four years since it first began. She calls the benefit concert her […]