Support Connection, Inc., is proud to unveil our newly-redesigned logo. The logo update was planned as part of our year-long 20th anniversary celebration. Since Support Connection was founded in 1996, we have helped thousands of women and families cope with the challenges that result from a breast or ovarian cancer diagnosis. The new logo was carefully designed to […] 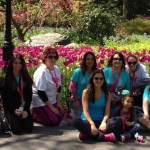 (Published by The White Plains Examiner) By Barbara Cervoni, Director of Services and Communication, Support Connection, Inc. Photo courtesy of Maria Bianchi “When life gives you lemons, make lemonade.” We’ve all said it at one time or another. But when Maria Bianchi says it, she really means it. It’s the reason she’s rallied her friends […] 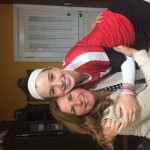 (Published by The Somers Record) By Bob Dumas, The Somers Record. Photo courtesy of Dottie McHugh. Dottie McHugh was diagnosed with breast cancer in January 2005. But with the help of family and friends, and one particular organization – Support Connection – she made it through the ordeal and was declared cancer-free about a year […] 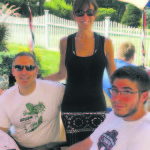 (Published by The Yorktown News) By Brian Donnelly, Halston Media. Photo courtesy of Beth Gilinsky Beth Gilinsky felt like she was just waiting for bad news. The 15-year Yorktown resident had been getting annual mammograms, as the daughter of a breast cancer survivor. Doctors detected something irregular in 2006, leading Gilinsky to get a biopsy that […]