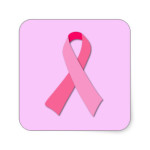 Although this article was originally published 2 years ago, the issue continue to be relevant now in October 2017, so we decided to share it again.

In a few months it will be October. Or, as it’s known among many breast cancer bloggers and advocates, “Pinktober.” It’s when almost anything – yogurt lids, cereal boxes, even fried chicken buckets – is turned pink in the name of “breast cancer awareness.”

By now, it’s pretty fair to say we’re all “aware” of breast cancer. And that’s a good thing. Being aware of your body and learning to be proactive about your health is extremely important. So if pink helped accomplish this, what’s the issue?

The issue is what you see when you look past the pink. You see thousands of women already diagnosed and living with the aftermath. You see women and families whose lives have been changed forever by breast cancer.

In spite of greatly increased awareness, we’ve yet to eradicate this disease. According Breastcancer.org, a woman born today in the U.S. has a 1 in 8 chance of developing invasive breast cancer during her lifetime. In 2015, an estimated 231,840 new cases of invasive breast cancer are expected to be diagnosed. (*Update: 255,180 in 2017)

It doesn’t end with diagnosis. In 2015, there are more than 2.8 million women in the U.S. with a history of breast cancer. (*Update: 3.1 million in 2017) “History” can mean many things. It can mean being in active treatment, or no longer in treatment. It can mean facing a recurrence, perhaps years after the initial diagnosis. The operative word here is history: For all these women, breast cancer is a piece of their personal history that will always be with them.

Since our doors opened in 1996, Support Connection has provided year-round support to thousands of women with breast or ovarian cancer. Every day, we see up close and personal what it means to have your life changed by a cancer diagnosis.

Take Karen, for instance. She was diagnosed with breast cancer in 2002 and completed treatment years ago. But she’s still dealing with aftereffects like lymphedema (chronic swelling). And she’s still looking over her shoulder for cancer to return: “People have said to me you could die any time, you could get hit by a bus. I tell them they’re right, but since I’ve had cancer, that bus is always following me. Sometimes I don’t see it. But then I wake up with a new ache or pain, and there’s that bus again.”

It’s hard to stop looking over your shoulder. Just ask Andrea. She was first diagnosed with breast cancer in 1993 at age 25. For years she thought her breast cancer battle was behind her. Until it wasn’t. Fifteen years later, in 2008, she was diagnosed with breast cancer again, in her other breast. So her battle began anew: “I was like a bull. I’d been down this road already. I opted for a double mastectomy. I was totally comfortable with this decision. You do what will save your life.”

Even harder to imagine: For some women, treatment has a beginning but no end. Metastatic breast cancer as defined by the Metastatic Breast Cancer Network is cancer that has spread beyond the breast and lymph nodes under the arm. MBCN states “No one dies from breast cancer that remains in the breast. The spread of cancerous cells to a vital organ is what kills. This is called metastasis.”

So when you start seeing pink in October, think about women like Karen, Andrea, Rita and all the others whose names you don’t know. Think about the women who live every day with their own personal breast cancer story. Then, use your dollars to donate to a trusted organization.

Barbara Cervoni is director of services and communication at Support Connection, Inc., a Yorktown-based not-for-profit organization that provides year-round free counseling and other support services to women and families affected by breast and ovarian cancer. Support Connection relies on donations and grants to fund their free programs. Their annual Support-A-Walk at FDR State Park is a huge celebration that also funds their services. To learn more, visit www.supportconnection.org.